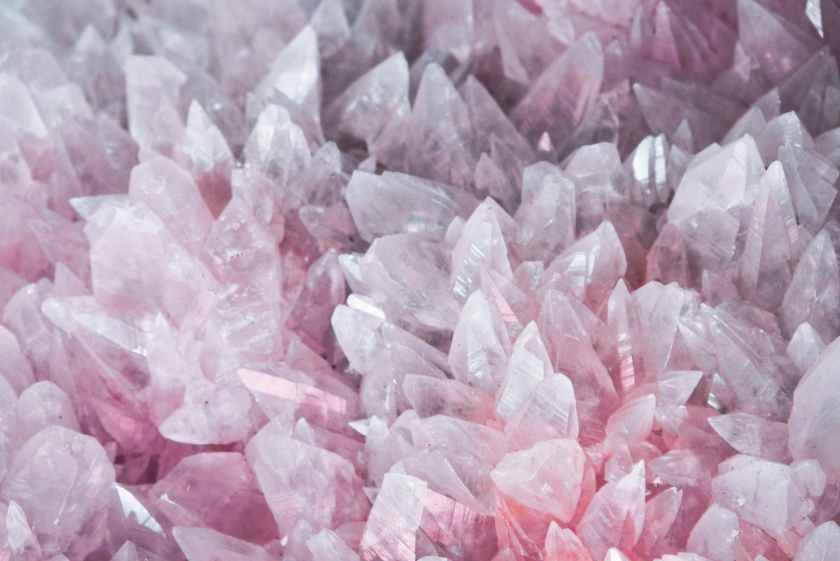 Once I plop down on the bench right by the entrance to the bird section, River waddles over and says, “Friday, will you come explore with me?”

Without waiting for an answer, he grabs me by the wrist and pulls me up. “All right,” I say. “but can we go to the birds?”

River groans loudly. “We always go to the birds! Please can we go somewhere else?”

He thinks for a moment. “Dino– wait.” He scratches his chin thoughtfully. I can tell that he was about to say dinosaurs, but then he realized he would be a hypocrite because that’s his favorite, and we often go there. After thinking it over, he says, “Geology!”

I raise an eyebrow. “Really? We hardly ever go there because you always complain about how boring it is.”

River crosses his arms. “I want to go there. I’m trying something new.” He looks me in the eye and blinks.

I hold his hand and walk him to the squiggly recycled-plastic stairs. We climb up to the third floor, take a right, and then a left. A massive doorway marks the entrance to the exhibit. GEOLOGY is spread across the top in some fancy modern font.

As River and I stroll in, I do what Mama and Baba have told me to, and be invisible. “Look, River,” I say, pointing to a random display.

His mouth forms an O shape the size of a marble as he oohs. “Let’s go seeeee!” he exclaims and runs over.

I shush him a bit and follow his little feet over to the hunk of gold in the case. I don’t even glance at the sign, but not because I’m one of those tourists, because I’ve read them all so many times, it would blow your mind.

My invisibility lasts not long, though, because a woman probably in her forties or fifties with excessive makeup on points and says, “Who are you two kids with!?” as she points her little red-nail-polished finger at us.

River and I exchange glances, confused. “Don’t you have some kinda parent?” she says as she stomps over.

River says excitedly, “Yeah, we have a Mama and a Baba! You know, one time when Mama–”

I pick him up and whisper in his ear. “River, please just be quiet.”

“Well!? Where are they!?” The lady sticks her hands on her hips.

I smile politely–another thing Mama and Baba taught me to do. “With all respect, ma’am, our family is not your business,” I say quietly, trying not to draw attention.

It doesn’t work. From that dumb woman’s yelling, everyone’s now looking at us. “Yeah!” says River to what I said. I glare at him. “I was helping!” he whines, but then is silent.

The lady doesn’t seem to have heard what I said. “We better get you to the front desk!”

“As I said before, this is not your business. And could you please be quieter?”

“Come along, now! And I will carry him.” She sniffs and reaches for River.

“Excuse me, but I can also walk,” River comments with sass.

“River, I am going to hold you. This lady might be dangerous.”

I was whispering again, but this lady has good hearing. “Me? Dangerous? You’re the dangerous ones! Kids running off on their own.”

Here I am faced with an interesting decision, and about five seconds to decide. It’s fight or flight…or freeze. I choose flight.

I duck away and try to run to the elevator (hopefully we’ll get in and she’ll stay out), but this unbelievably rude woman grabs my wrist. I look around, hoping that someone is watching and will come to the rescue, but people have lost interest in the scene we’re making. This lady has a very tight grip. She practically drags River and me to the other elevator and I know my options have gone down to freeze.

If this person is really taking us to the front desk, we’ll probably see one of two people. There’s Carly and there’s August. August is almost as kind as Mr. Vaughan, and he knows that we sleep here and spend most of our days here for free. However, Carly doesn’t know, and she’ll probably try to find my parents by broadcasting it to the building. But they’re not here right now, they’re out looking for work and trying to collect small donations. They have grand aspirations of moving out of Vaughan Museum and getting a house. Anyway, when that doesn’t work, she might call the police, and everyone’d find out, and it’d all be ruined. It’s a pure miracle this hasn’t happened yet. I figured it would someday.

So now, all I can do is hope and pray that it’s August’s shift.

When the elevator bongs, says in a non-automated voice (again, it’s typical innovative and modern Vaughan Museum that they record someone saying the elevator recordings casually instead of the female robot voice), “Lobby.”

I can hardly look as we turn the corner after waiting a few minutes while the lady looked at her map and bit at her fingernail, not letting go of us. My heart somersaults in relief and I’ve never been so happy to see August’s buzz-cut ginger hair and wide smile. When he sees the three of us nearing him, he raises his eyebrows slightly and looks at me. I give him an expression that I hope he interprets as please help me by playing along.

“Hello,” he says cheerfully to the woman.

“Yeah. I found these kids up in the rocks section and I knew they were up to no good. I mean, they weren’t with any parents, and I know kids are always looking for a chance to escape and destroy everyone’s good time–and sometimes life. They proved this. They tried to sneak away from me twice, and this girl here wouldn’t even let me touch her brother!”

The words sting, and my hatred grows deeper and deeper. I can see that August feels the same way, even though he isn’t a kid.

“Uh…yes ma’am, yes I can. Thank you for bringing this to my attention. Goodbye, have a nice day now.”

“Yeah…” she says absentmindedly and walks away.

August looks at me and begins to shake his head slowly as he heaves a sigh. “I’m sorry, Friday. Some people are…” He continues shaking his head.

“It’s okay, but I hate her.” Surprisingly, he doesn’t scold me for saying that. Probably because he agrees. “I’m glad you were here, though, and not…someone else.”

He laughs. “Yeah! Can you imagine? Then we’d probably have to get the police involved and everything!”

“Anytime for you and your family.”

“Can I talk now?” River asks, and I nod, having kind of forgotten about him. I set him back down.

As I walk away, though, I think about how this really is no laughing matter. We are in danger every day.

I guess we’ll just have to make the best of it. “Why don’t we go to the dinosaurs?” I offer. River grins and bounces. Together we walk off to the Prehistoric exhibit, making sure to be invisible.

A teenager obsessed with words of all kinds. When I’m not reading or writing, I like musical theater, drawing, and painting. (she/her) View All Posts